Signs of a Pipe Freezing

Though the year is new, winter is still here. One of the dangers of lower temperatures at this time of year is frozen and burst pipes. Frozen pipes are one of the most common causes of a pipe burst. Freezing is especially problematic for exposed pipes in areas like basements and crawl spaces. This article will share the signs of frozen pipes and what to do about them.

One of the first indicators of frozen pipes is little or no water coming out of sink faucets and taps. This can indicate one of two things; either the pipes are frozen, or the lines may have already burst. If the pipes have burst and there is evidence inside or outside the house, a homeowner should immediately turn off the water main and call a plumber. If the lines are frozen, immediate solutions can be taken to prevent the issue from worsening. They include the following:

These steps will usually thaw the pipes or prevent them from completely freezing. If the problem persists, homeowners should seek the help of a professional. They may need to have lines moved further underground or install pipe insulation.

Frost or Ice Visible on Pipes

If homeowners look at exposed pipes within the house or outside and notice frost or ice on them, it is another sign the contents of the line are also frozen. Exposed or poorly insulated pipes are at the greatest risk of freezing and will sometimes have visible frost on them. This frost is a clear sign of freezing within the lines as well. Homeowners should consider installing pipe insulation on exposed lines to help prevent them from freezing.

No one wants to wake up to discover that the bathroom or home smells like sewage. Unfortunately, this can be the case if sewer pipes freeze or burst. This can be harmful due to the inability to use the drain and the possibility of raw sewage leaking into the home.

When sewer lines freeze, it can prevent waste from flowing through the pipes and being correctly disposed of, which can cause a backup of waste or the smell to reach the home. This problem is best handled by calling professionals to prevent the issue from worsening, like a burst.

We are a family-owned company that takes pride in providing the personal attention you deserve along with unparalleled customer service.

As a local company with strong roots in the community, we have our customers’ best interests in mind.

Our plumbers are fully trained and licensed to provide professional plumbing services.

You will know the cost of the job before the plumber begins any work—no hidden fees and no surprises. 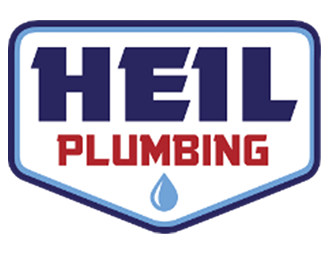